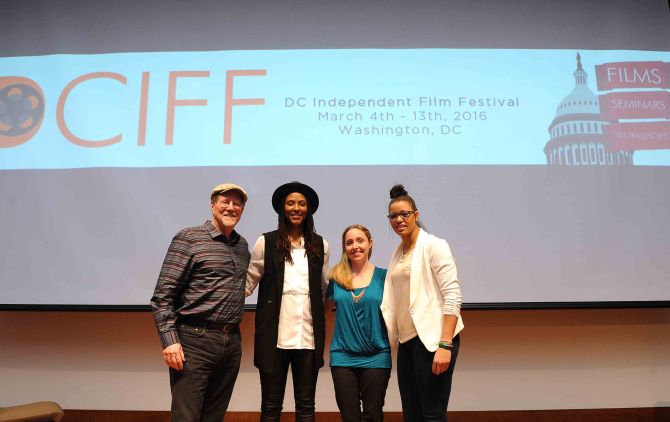 Thank you to Executive Director Deirdre Evans-Pritchard and her awesome staff at the Washington D.C. Independent Film Festival for all their hard work on a great festival.  Rick and Chamique had an amazing time meeting basketball fans and mental health advocates alike at a special reception before our DC premiere, held at the Carnegie Institution for Science and co-sponsored by our longtime ally Active Minds, and the WNBA’s Washington Mystics, the team Chamique played on during her first years as a pro.

We were honored to receive the 2016 festival award for “Best Feature Documentary.” Thanks to everyone who came to see us.

Stay Up to Date!

Buy a DVD or Stream MIND/GAME via Vimeo On Demand!

Buy a DVD or Stream THE MOST DANGEROUS MAN IN AMERICA via Vimeo On Demand!

Buy a DVD or Stream TELL THE TRUTH AND RUN via Vimeo On Demand!

When you buy two or more MIND/GAME DVDs, you can receive a discounted rate of $20 each. Enter at least 2 QTY to receive the discounted price. Thank you!

Buy a Professional Use DVD!

If you are engaged in direct work with clients or patients and intend on using the DVD in a private practice setting, get your copy here:

Contribute to the outreach of MIND/GAME!

Now that our film is finished, we want as many people to see it as possible! Help us develop discussion guides, educational materials and support more community screenings! All donations are tax-deductible.